Skerries Phone Book 1954
Can you imagine life without a phone? These days a good few people are choosing to do without a landline but only because they can connect perfectly well with a mobile. Bob Laird’s talk to Skerries Historical Society last Valentine’s Day, Skerries Phone Book 1954, outlined how far we’ve come in the last 140 odd years since phones were invented. Did you know that Ireland got its first telephone exchange in 1880 only four years after Alexander Graham Bell had patented his new device? An operator was employed to connect the subscribers clamouring to communicate with each other – all five of them.

But the new technology caught on and by the mid 1930s even Skerries had succumbed with thirteen subscribers listed in the phone book. Jump another twenty years to 1954 and you have nearly a hundred subscribers in Skerries and thousands across the country desperate to join the in-crowd. By 1980 there were 94,000 people waiting to be connected. And they waited. And waited. Bob himself recalls waiting 4 years for a phone to be installed but four years was nothing. Several members of the audience had waited upwards of 7 years.

If you were lucky enough to have a phone of your own you couldn’t be selfish about it. People up and down the street could and would hand out your number to friends and relatives so when any emergency arose messages could be passed quickly. ‘Would you mind popping round to so-and-so’s and letting them know…?’

George Hand contributed to Bob’s talk when he recalled that in the 50s Skerries’s residents were afraid of the guards, the priest and Annie O’Reilly. Why was Ms O’Reilly so feared? As the Post Mistress she had charge of the telephone exchange. The operators weren’t supposed to listen in to the calls they connected – but somehow they always seemed to know your business before you did yourself. All this came to an end with the arrival of the automated exchange.

Surprisingly, there was no documentation to be had on this piece of industrial history but Bob thought the Drogheda Independent might have carried a piece on it and trawled through every single issue from 1960 to 1965. When that yielded no results he continued on through the 60s with tired eyes and a heavy heart.

Then he had a piece of luck. He noticed that Murray’s Auctioneers had advertisements every so often in which their phone number was cited. In the early 1960s they had the old style three digit number (Skerries 323). By the end of the ’60s they had a new six digit number. You could contact Skerries 323 right up to August 1966. By November Murray’s Auctioneers had a new number. So it seems likely that it was in the Autumn of 1966 that Annie’s operators were retired and machines took their place. 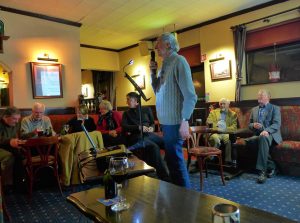 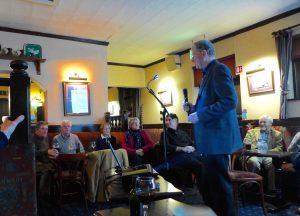 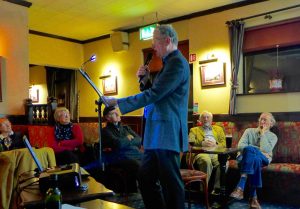 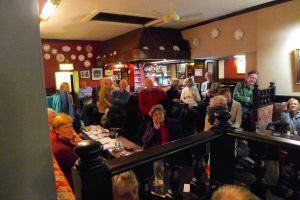 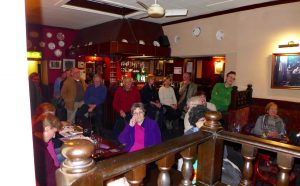